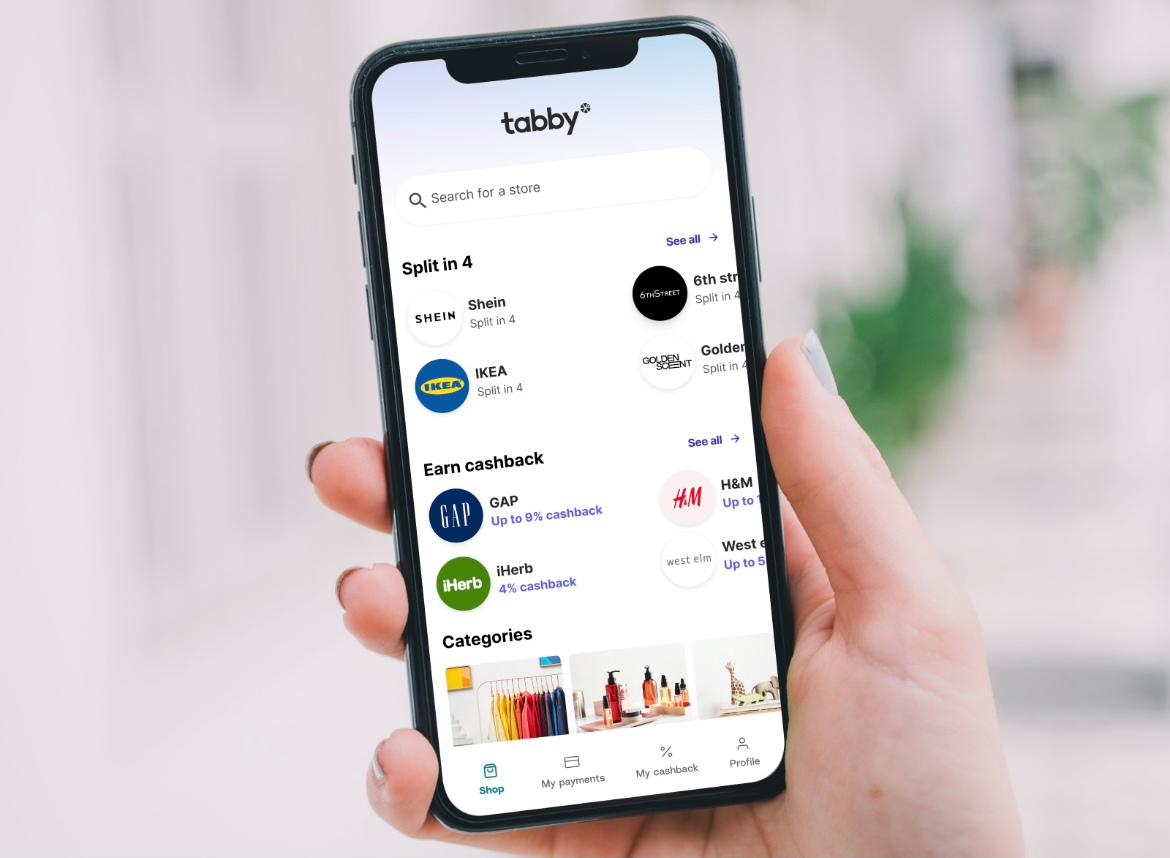 Today, Tabby is announcing that it has raised a $50 million Series B, valuing the company at $300 million.

The jump in market penetration is one reason tabby has scaled 20x in transaction volume since June 2020. According to the company, more than 400,000 active shoppers use its platform, and approximately 3,000 installs are recorded daily.

The fast growth has allowed tabby to secure another round of capital than originally planned, cofounder Arab adds. In June, the company raised $50 million in one of the largest debt facilities by a fintech in the MENA and GCC region. The investment follows tabby’s seed and Series A rounds of $7 million and $23 million in 2020

In the Middle East, not less than ten startups offering BNPL services have launched within the past three years.

Tabby is one such service and clearly the most known in the region. Today, it is announcing that it has raised a $50 million Series B, valuing the company at $300 million.

Hosam Arab founded the company in late 2019 after he left fashion e-commerce Namshi, a company he led as CEO until a Dubai-based real estate firm acquired it. The launch of tabby as a buy now, pay later solution was to specifically target economic problems of the MENA and wider GCC region, says Arab.

Globally, BNPL services address obvious pain points around the flexibility of payments for customers and better conversion rates for merchants. However, in the Middle East, there’s another component tabby wanted to address, which was the over-dependence on cash as a payment method. It’s so deep-rooted that while running Namshi, Arab noticed that 80% of the transactions recorded by the company were cash-based, presenting unique challenges to scaling the e-commerce platform.

“With buy now, pay later, our view and hypothesis was that, in addition to the well-known benefits of buy now, pay later, we also provide an alternative for consumers to pay online digitally. And if we’re able to do that, that becomes a very interesting solution for the retailers of this market.”

The company integrates with retailers to allow their customers to shop at online and physical stores with interest-free installments. Tabby went live in early 2020. Although it had a relatively slow start because the launch coincided with the onset of the pandemic, it turned out to be in the company’s best interests, as merchants and customers began to shift online significantly. While pre-COVID e-commerce penetration levels in the GCC region stood at single digits, Arab thinks it might have increased to double digits due to the sheer number of merchants and consumers that have since embraced online commerce.

The jump in penetration is one reason tabby has scaled 20x in transaction volume since June 2020. According to the company, more than 400,000 active shoppers use its platform, and approximately 3,000 installs are recorded daily. In addition, over 2,000 global brands and small businesses, including Adidas, IKEA, SHEIN, and Marks & Spencer, use the platform.

The fast growth has allowed tabby to secure another round of capital than originally planned, Arab adds. In June, the company raised $50 million in one of the largest debt facilities by a fintech in the MENA and GCC region. The investment follows tabby’s seed and Series A rounds of $7 million and $23 million in 2020 per Crunchbase. This means tabby has received over $130 million despite launching early last year.

But tabby isn’t the only company with such firepower in the region. Its Saudi counterpart Tamara recently raised a $110 million Series A in debt and equity financing from Checkout. Although Tamara claims Checkout acquired a minority stake, there are contrasting reports that prove otherwise.

If the latter is true, the buyout follows a line of consolidation happening in the MENA and wider GCC region. In May, Australian BNPL company Zip Co said it was acquiring Spotti, another major player in MENA, for $26 million. Afterpay also took a significant stake in Postpay’s recent $10 million investment. This series of events makes tabby the sole independent local player in the market. But how does the company see competition playing out?

“We’re seeing this level of competition globally. I don’t think that our market is any different. I think the market is big enough to handle a few players. How many players is really the question, and will that lead into further consolidation down the line potentially?” he said.

“I think what we’ve seen as well, even with Square’s acquisition of Afterpay, is that there needs to be a broader differentiation from the just plain vanilla BNPL. I think, if you continue to play in that very limited space of BNPL, the opportunities are going to be fairly challenging.”

Maybe this is why tabby strategically positioned itself with Delivery Hero instead of taking investments from an established BNPL player. The company, which owns and operates several regional food and grocery delivery companies, including Talabat, InstaShop and Hunger Station, has one of the largest customer bases in the MENA region. And the investment marks Delivery Hero’s first fintech iinvestment in MENA.

“As we expand our offering, we’re looking at strategic partners where we see ourselves offering the same services in the future. And working with Delivery Hero which has one of the largest consumer platforms in the region, makes a lot of sense for us. Much more sense than working with, let’s say, a global BNPL player with zero presence in this market,” Arab added.

The funding will help tabby expand its product portfolio and enter new markets in the GCC area. When that happens, will we see more consolidation take place? For instance, will companies like Klarna and Affirm, which don’t have a presence in MENA and the GCC, try to acquire or buy a majority stake in tabby?

“There is a very long journey ahead of us and where we believe we’re headed and what we want to build around this business,” Arab said. “And so the short answer is no, we’re not looking for a quick exit; otherwise, we would have probably done it by now. The opportunity here for us is significantly bigger.”