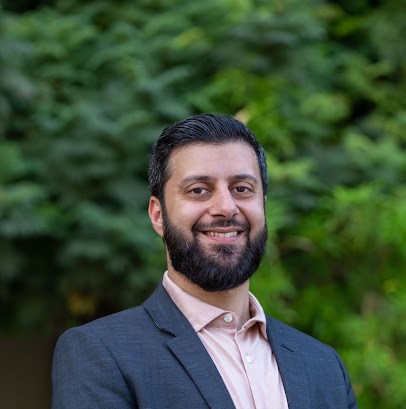 Wael Nafee has been named Partner for Raed Ventures.
Wael has an excellent track record of building world-class products and is a successful entrepreneur in his own right.
He previously served at Careem as VP of Product and, later, VP of the Super App Platform Business unit.
Wael is a successful angel investor and sits on several startup boards.

Raed Ventures is proud to announce that Wael Nafee has been named a new Partner for their fund.

“Wael has an excellent track record that every VC wants its partners to have,” said Omar Almajdouie, Founding Partner of Raed. “He comes from a strong background of building world-class products combined with a strategic perspective on evaluating and scaling different business models. Founders want to work with someone who knows the type of challenges they face and can speak their language. We couldn’t be more excited.“

Wael joins Raed after having served Careem as VP of Product and, later, VP of the Super App Platform Business unit. Wael is an entrepreneur who has founded startups both in the US and the MENA region, one of which was the first ever MENA startup to join Y Combinator’s accelerator program. As an early joiner of Careem, he experienced its scaling journey from an operator’s lens until Uber’s acquisition, and thus brings a unique perspective that many founders in the ecosystem find invaluable to work with.

“I’m very excited to be part of the Raed family. Working with great founders energizes me and I want to work closely with Raed’s portfolio companies to help them grow,” Wael explains. “The region has so much potential and we’re just scratching the surface of what founders in this region are able to achieve. Raed’s relationship and collaboration with founders is special and I feel blessed to be part of it.”

In addition to being an angel investor, Wael has led numerous deals for Raed and sits on some boards. “It’s such a pleasure to have Wael and Raed with us on our journey at Taager. His support and insight are extremely valuable. It’s great to have a value-added investor who understands what we’re going through and gives us hands-on, unfiltered advice that we need to hear,” said Mohamed El Horishy, co-founder and CEO of Taager, a leading social commerce startup based in Egypt.